The following graphics show the phase space of specific differential systems which contain periodically appearing attractors. Unlike the typical three-dimensional strange attractors, they don’t have a single bounding box no point will ever escape but many more, if not infinitly many covering the entire two-dimensional plane.

These systems can be generally written as

where \(f\) is an arbitrary function dictating the system’s behaviour. Planes are centered at \((0,0)\) unless otherwise stated.

Inspiration for this project was Cliff Pickover’s book CPCB1 – again, I know; it is like Gabriel’s Horn of chaos for me.

Perhaps the simplest forms \(f\) can take in order to produce a repeating pattern is this:

And here is the result: 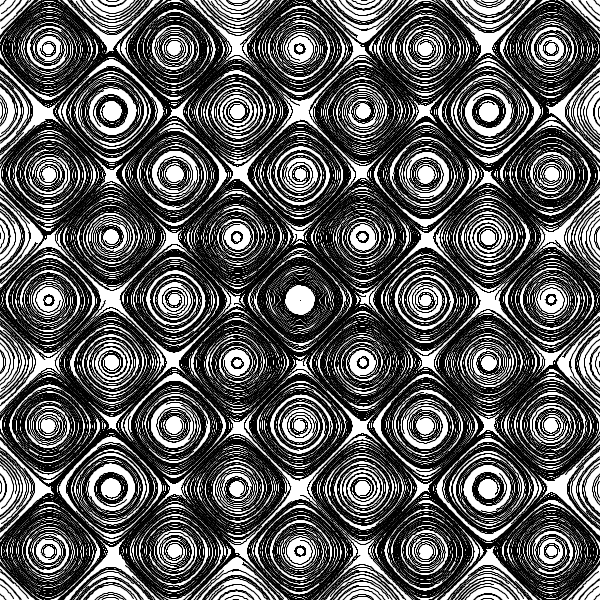 It might already look chaotic but that is mostly because the the sampled points do not align with the pattern. Let’s add another term: 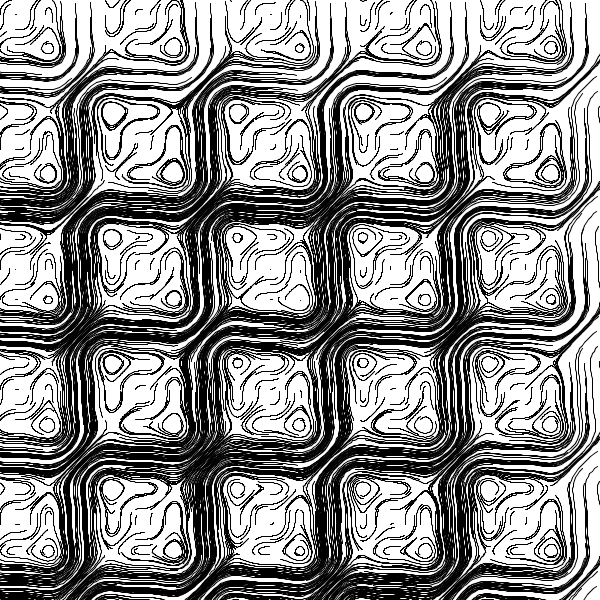 Because these patterns actually get a bit repetitive, I won’t show the following images with the same scale but zoom on more interesting regions. Here, the frequency \(u\) is modulated with another periodic function: 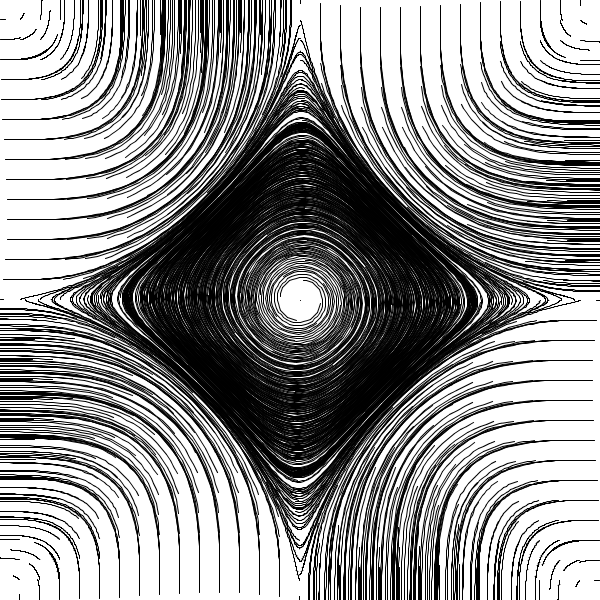 We can change the impact of a specific term or modify its frequency by introducing a factor \(\varrho\): 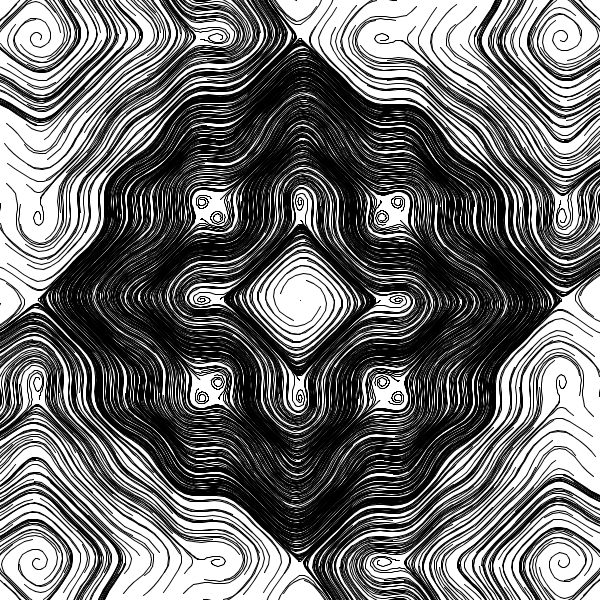 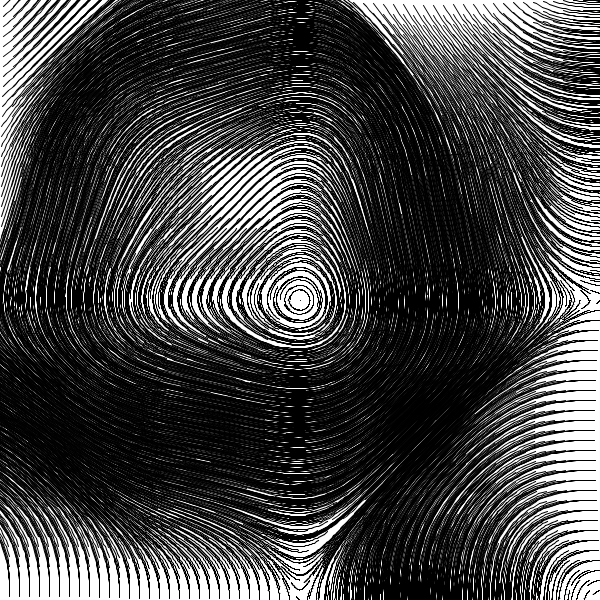 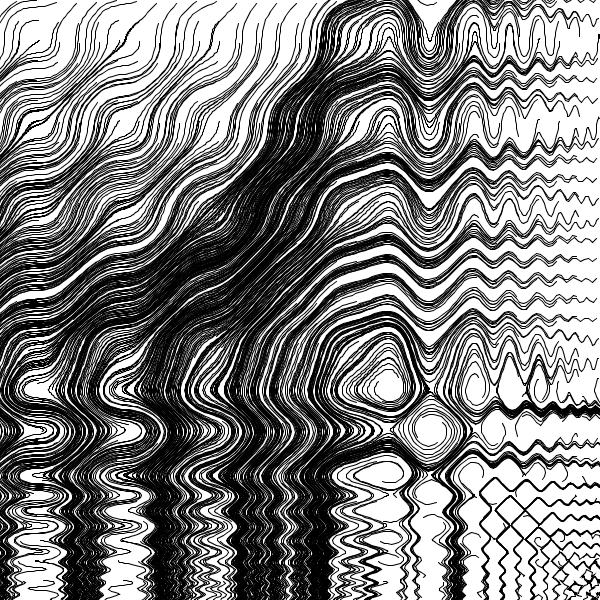 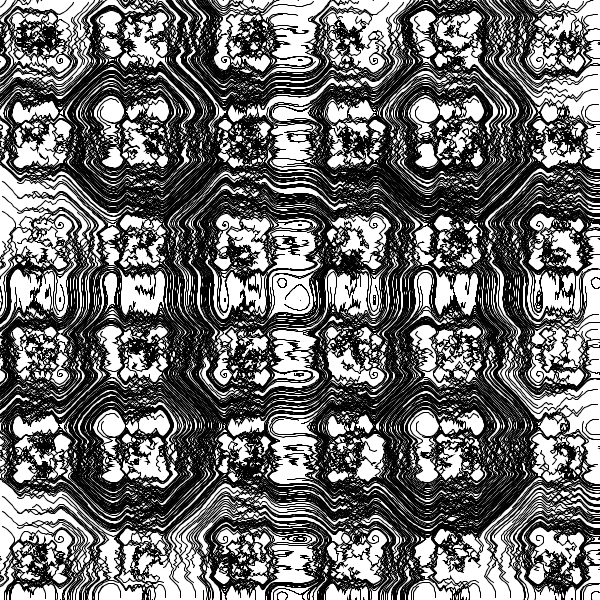 A magnification of the central swirl: 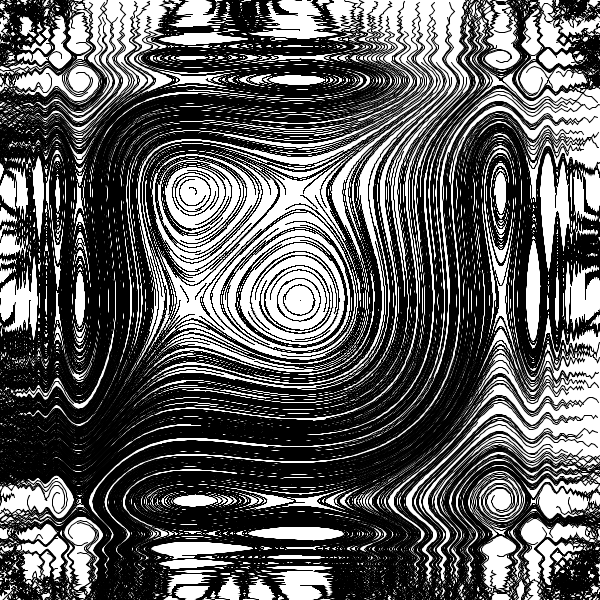 Some tesselations get finer and finer towards larger \(x\) and \(y\) until their details hit a limit where the step size \(\dot{x}\) and \(\dot{y}\) respectively is greater than the period of the pattern. Because the points are moving too fast, they overshoot their correct trajectory and get trapped in a neighbouring attractor, which they leave again shortly afterwards. As a result, they walk seemingly randomly across the plane. 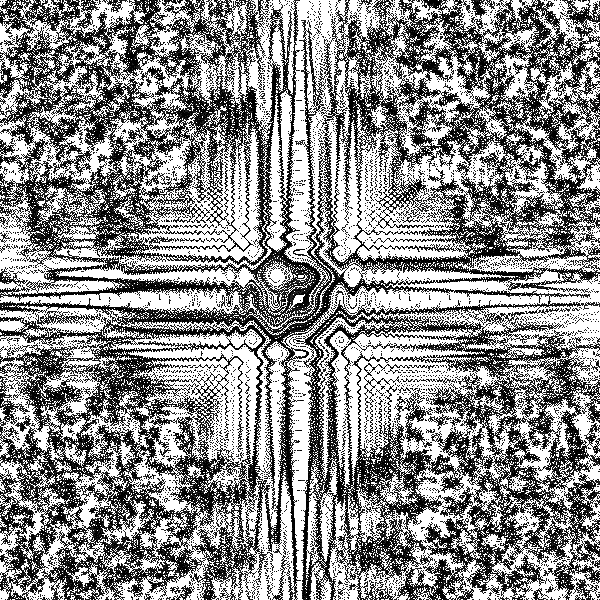 When the velocity is reduced, the non-random area extends, resolving finer details of the true phase space: 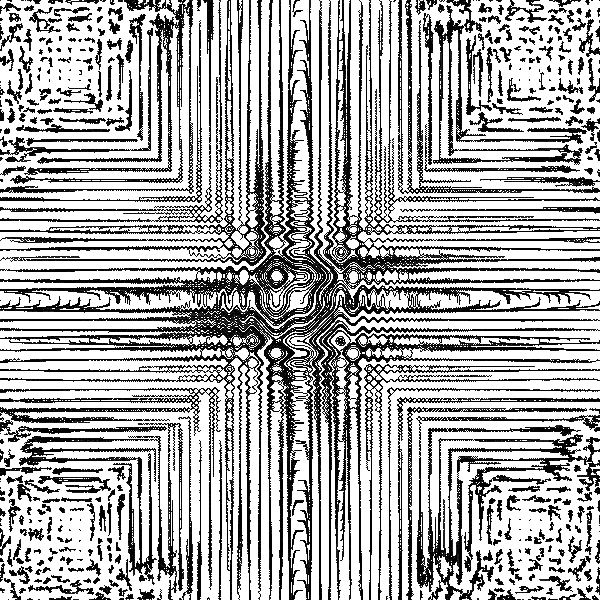 Here is a magnification of the transition between non-random to random walk (in the bottom right quadrant): 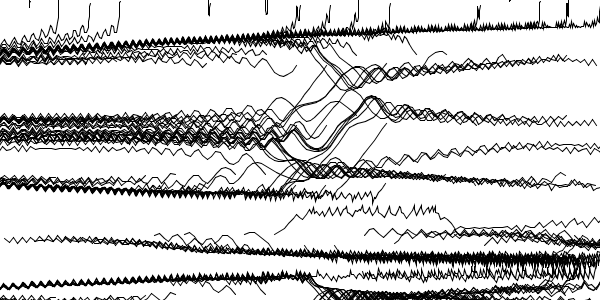 The “moment” when a trajectory is deflected towards another attractor is clearly visible. These are the same points but they are moving with half the velocity (like in the larger images above): 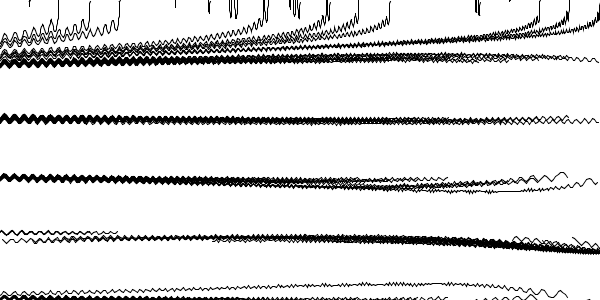